We were included in this mix from Munich DJ, "SKURREAL".  Listen here.

The Love Dimension Takes You to Another Dimension

By Stephanie Zhu for Pow Magazine

With a complete, cohesive flow from start to finish, Dream Decibels takes you through the spectrum of human experience, to the stars and cosmos beyond, and then gently carries you back down to earth with their final song “Back Home.”

Every song on this album has its own purpose and intent. The songs vary dramatically to give you different energetic vibes and feelings. They flow together seamlessly, making for a complete e(ar)-xperience.

Kicking it off with “Faster Than the Speed of Light”: like the name implies, it’s a high-powered anthem that instantly gets you going and brings you up to speed. This is what The Love Dimension offers on first listen, that energetic rocker vibe.

Then, it eases into “Super Velvet Eagle,” slowing it down. This song invoked powerful imagery when I closed my eyes. I saw trippy amoeba-like blobs shrinking and then growing in size. To complement these visuals, the song awakened feelings of traveling through time and space with its synthy guitar, reminiscent of “Tame Impala,” while holding onto their hard rock persona.

The lyrics say things like, “And you tell yourself this is where you’re meant to be,” plus “Are you ever coming back?” These powerful words make you question where you are in the present, infusing the past by making you reflect on every action that has brought you to this current moment, and pointing to the future by asking the questions that place your destiny in the palm of your hands.

The next two songs get you grooving with more classic psychedelic rock sounds.

In the songs “Another Hundred Suns” and “How Many Miles,” you can’t help but feel the good vibes and tingling through your veins. Everything came alive: my hips were gyrating; my head began to bang unconsciously and then consciously.

It just goes to prove that the album builds in an intentional and meaningful way. It slowly awakens each body part, one at a time. Following the excitement and rise in energy from those songs, “Infinity Return” slows it back down. After moving so many parts of your body, this song gives you a chance to channel in the restorative yin energy, putting you in a trance. It showcases the effect that music and vibrations can have on your body and soul.

The Love Dimension shows off their versatility here, proving they can appeal to harder rockers as well as more trancey psychedelic music enthusiasts.

The rest of the album flows just as seamlessly. “Possessed by Possessions” makes you question your relationship to objects, with sounds and lyrics that mimic what it feels like to be overburdened by material possessions.

Then we tap into the universe and the power of the elements with “Cosmic Elevation.” With lyrics like, “your body becomes the earth again,” this song made me think about the fact that nature has its cycle, and us meager humans can’t do anything to stop it. The earth will come to claim us, and then we will move on to cosmic elevation. It is our destiny. Death isn’t necessarily a bad thing; it’s a part of the cycle.

Finally, the last three songs calm you down and bring you back to earth. Again, the vibe is so different from previous songs; it’s almost like another band is playing. It’s wildly impressive and shows the many different layers of The Love Dimension.

The album as a whole is phenomenal. It makes sense, and it takes you through both human and otherworldly experiences. It brings you down when you need to feel certain emotions and those parts of the human experience. It tranquilizes you when you need to be calmed. And finally, it has rocking hits that will get your body moving and grooving.

Our song "Possessed by Possessions" was played on the show Sub Zero on KDVS in Davis, CA.

Thanks to DenpaFuzz for recommending our new album! Read more

In the track “Another Hundred Suns”, crunchy acid riffs hover along with the hot wind, picking up the dynamic pace, making your speakers exert themselves and putting a strain on your neck.

The Love Dimension gives the right amount of energy through the imperishable vintage transformer. If in the wild, desolate defect of the space-time continuum, Birth Control and Primal Scream had collided, “Another Hundred Suns” would have been born. Hallucinogenic sandy fuzz, a dense drum thread and a combination of twisting vocals make it absolutely clear what sound pressure is.

On January 18, The Love Dimension dropped their fourth LP “Dream Decibels”, full of soulful melodies and quaint action, where grunge, garage rock, surf and much more are patched with psychedelic Californian shreds from the 60's. Read more

PREMIERE: SF’s The Love Dimension tackles tour life with ‘How Many Miles’ video

Drawing from the feral energy of grunge and the mind-altering haze of ’60s psychedelia, The Love Dimension bridges the gap between three decades with a knack for infectious riffs and fire-starting hooks. The San Francisco denizens are gearing up to start 2019 with the release of their fourth LP, Dream Decibels. They’re also no stranger to the road, as their music video for “How Many Miles” exemplifies...Read more

Happy solstice and holiday season to you!

What an intense year 2018 was! So many twists and turns in this "being human" drama. We're looking forward to the break and starting fresh in 2019.

We know you may have already mentally checked out for the holidays so this is a quick update to let you know what's happening with The Love Dimension.

We received the vinyl for our new album, Dream Decibels, the other day and you can see a picture of it on our instagram page.

The album will be available in physical form at our first 2019 show on 1/18 presented by Truecho at Thee Parkside in San Francisco with our good friends Agouti and The Green Door. It will also be available on all the usual digital outlets on that same day. Follow us on Spotify to get an update when it is released.

In addition to this show, we're working on putting together our 10 year anniversary show which will be happening in late February. More details to come soon.

The last thing to share is that singer and guitar player for The Love Dimension, Jimmy Dias, released two solo albums this fall. Give them a spin and share with your friends and family!

If you don't have Spotify, you can also listen to them on bandcamp.

Thank you for reading and for your support!

From all of us in the Love Dimension, we wish you an amazing holiday season and happy new year!

P.S. As an exclusive for our mailing list members, we have attached a free download of the last track on the album titled "Back Home". It is a song inspired by the winter time so we thought it would be appropriate to share it with you. This song won't be available to the general public until 1/18 so enjoy!

Onstage with Jim and Tom Interview and Performance Now Available

Back in June we went to the Phoenix Theater in Petaluma, CA for the Onstage with Jim and Tom Podcast.  To see and hear what happened check out the link below.

Photos!!! Live at the Middle East in Cambridge, MA!!!

Here's a link to check out some photos by SKMDC from a show May of 2017 at The Middle East in Cambridge, MA featuring Jimmy Dias, Vanessa Silberman, Carissa Johnson and Roger Knight...

The Love Dimension Featured Performer at the Utah Open Mic

The Love Dimension will be the featured performer for the Hotel Utah Open mic. They will be playing a 30 minute set starting at 10 pm. 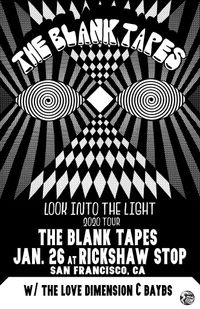 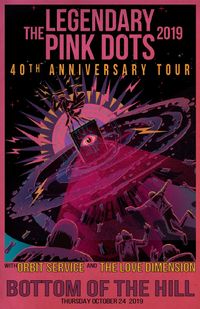 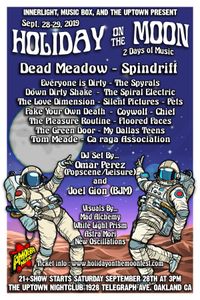 Holiday on the Moon Festival

FROM MISSION CONTROL: The Holiday On the Moon will be a 2-day psychedelic/stoner/garage rock extravaganza at Oakland's gorgeous The UPTOWN nightclub, with performances by:

"Boarding Passes" for the full weekend of entertainment-- Over 20 performers and DJs, four rooms of fun (including a smoking patio!), light sculptures, costumes, contests, and other surprises-- are only $45 each, on Eventbrite : https://www.eventbrite.com/e/holiday-on-the-moon-festival-2019-tickets-65741152557

"Having such a wonderful time..." 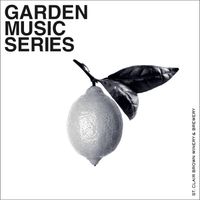 The Love Dimension in Napa 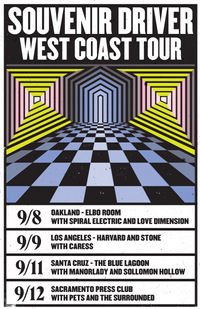 Support for Souvenir Driver who are on tour from Portland, OR 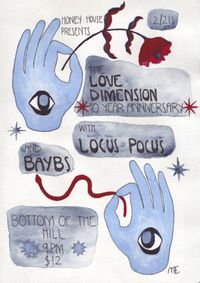 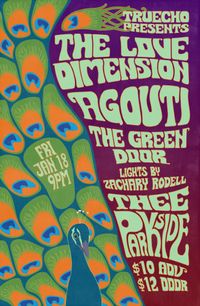 Save the date! The long-awaited much-anticipated HKLB debut album "No Better Place To Be" is here, and we're throwing a party with some of our good friends to celebrate its release!

No Better Place to Be is a full length album featuring 12 tracks of original material.

This Is Not Your Fest (TINY Fest) 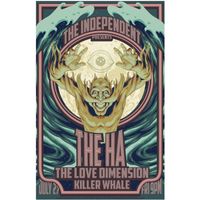 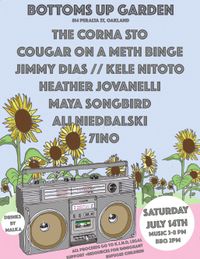 All proceeds go to K.I.N.D. Legal. Support and Resources for Immigrant Refugee Children

On Stage at the Phoenix Theater

Presidio Twilight is back for its fifth season, and it's better than ever! On June 21st BFF.fm presents a summer solstice jam featuring psychedelic rock from Moon Daze and The Love Dimension.

Presidio Twilight, San Francisco's largest campfire features a delicious selection of international cuisine from a stellar lineup of local vendors. This event is a great way to kick off your weekend – so grab your blanket, bundle up, and enjoy fire-pits on the lawn, lantern-lit cabanas, yoga at dusk, live music under the stars, and the Presidio's unbeatable views. Presidio Twilight is presented by the Presidio Trust in partnership with Off the Grid Markets. 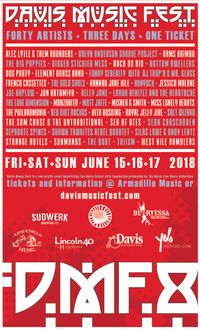 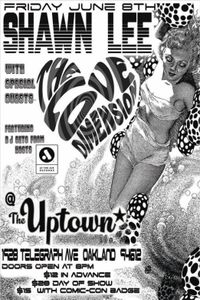